Babies as young as nine months being fed takeaways, crisps and sweets 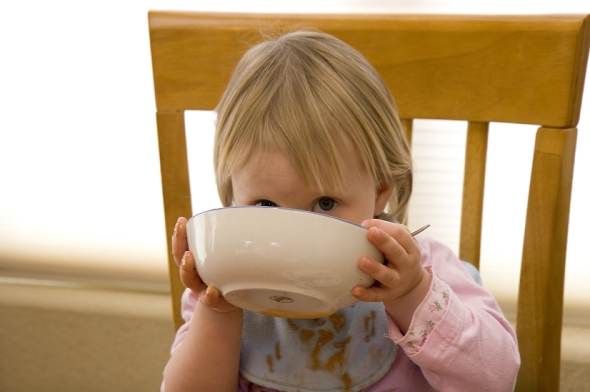 Obviously, the implication for these very small children is they are eating far too much salt and fat. The report warns this is a diet which is totally unsuitable for a child, and The Food Standards Agency says babies under a year old should not have more than a gram of salt a day.

Almost half the parents questioned admitted to using food to bribe, warn or calm children and a quarter said they made alternative meals when the child wouldn’t eat what they were given.

I think that all parents, at some stage are bound to use food in negotiations with their child, but at the end of the day the parent is the one who knows best and should lay down the rules for what their child is expected to eat. The problem comes when those parents have a bad relationship with food or refuse to learn the basic rules of cookery that would prevent these small children eating so much processed, salty food.

06 Apr This entry was published on April 6, 2009 at 9:21 am. It’s filed under Health and tagged babies, children, fat, Food, Infant and Toddler Forum, processed food, salt, toddlers. Bookmark the permalink. Follow any comments here with the RSS feed for this post.

Older: Save the Children warns of food price crisis
Newer: Western spaghetti – how to cook without the ingredients